Okay, so this is my Boston recap - Take 2. Hopefully I will have better luck this time posting. Because I am sooo not doing this again.

We arrived in Boston in the evening and had time for dinner and a stroll. Tommy had never been before, so I was glad we stayed in a great area. This is the view from our hotel room.

The next morning we got up and went to Quincy Market to have breakfast.

I got the apple muffin (and a Starbucks Pumpkin Spice Latte, of course). Let me tell you, when Rachael raved about how great and fresh the bakery was, she lied. Stale and three days old would be a better description of my breakfast. The PSL on the other hand was fabulous.

After breakfast Tommy and I headed to Rhode Island and stopped at the Green Animals Topiary Garden. I.loved.it. Many of you guys know my love of fresh flowers, so this tour did not disappoint.

Next we headed to Newport and did a tour of the mansions. Our first stop was the Vanderbilt's summer home, The Breakers. As a side note, when I was 16 I visited the Vanderbilt's year-round home in Asheville, NC, The Biltmore, and it was even more amazing than their summer home (imagine that). It is hands-down one of the most educational and coolest places I have ever visited. (Well, besides Europe...and probably Washington, DC. ) Anyway, you must go. It will not disappoint. But I digress... The Breakers mansion is 130,000 square feet and really, really amazing to see. Not quite the Biltmore, but still a must-see if you are in Rhode Island.

I made Tommy stand here to give you "perspective."

We also visited Cornelius Vanderbilt's brother's home, The Marble House, which consequently is made entirely of marble.

While in Rhode Island a lady in the gift shop talked us into this Del's Lemonade. It was so amazing I am straight up ready to open a franchise...or a lemonade stand. It was not too tart or too sweet...or too Country Time Lemonade tasting. It was just perfect. I cannot put into words the taste. Just perfect lemonade.

The next day we headed to Martha's Vineyard. I wish I had pictures. But I don't. Tropical Storm Nicole hit and it wasn't pretty. Let's just say there were hours spent blow drying my shoes with a hair dryer. I am sure the town was very cute...from what I could see under my umbrella, the wind and the torrential downpour.
The following day was my birthday and we headed to Nantucket. Tommy was dying to rent bikes. So we decided to ride to the winery/distillery/brewery on the island. I will spare you the details on how we almost didn't make it because I refused to rent the helmet (wearing random strangers' hats skeeves me out) and wanted to turn around because I thought it was "too dangerous." And really the fact that I haven't been on a bike since 1998.

We ended up having a great time and met a lot of really fun people, including a guy who was also celebrating his birthday. And the ride back was a lot less stressful. Ha!

Nantucket is really cute and quaint. We did a little shopping and walked around. We especially liked The Black Dog, as their mascot is Pudge's twin.

And every birthday deserves a cupcake. Right? I thought this bakery was super cute and I love their branding.

We got a red velvet and cannoli cupcake to share. Seriously, these were probably the best cupcakes I have EVER had. The red velvet was beyond awesome. And the cannoli one was even more beyond. It even had a filling in the center and everything. I tried to take a picture and died a thousand deaths when I dropped it on the ground. Tommy let me have his half. Pretty sure only because it was my birthday and was close to tears. (This was after the winery, after all.)

See, I told you Nantucket was adorable and quaint.

The next day we headed back to Boston. Our first stop was a Sandwich, MA where I insisted on a sandwich. (I totally embrace my nerdiness.) We ate at a really cute cafe called Cafe Chew. It was too small for me to take a picture without going unnoticed and feeling totally mortified (I embarass easily).
Next we stopped in Plymouth, MA and toured the reproduction of the Mayflower.

And did what every other tourist visiting a national historical site would do, visit Cupcake Charlie's solely because you saw them on Cupcake Wars.

Tommy and I shared again. (This is why I married him. : ). I got the pumpkin spice cupcake (imagine that) and he got the cookies and cream. Both were really awesome, though I think mine was a little better. It did have cream cheese frosting after all.

Next we headed to Salem, MA, which I have always wanted to visit. Salem was, well, weird. I totally didn't fit in -- I had on color. And there were witches, both real and costumed, EVERYWHERE. The stores all sold potions and elixirs and crystal balls. It was just really kind of odd and not really my scene. I am glad I went...once.

We spent our final night and the next day in Boston walking the Freedom Trail and just looking around. Here is a view from our hotel. Gotta love Priceline!

I apologize for any

grammatical errors in this...since I have written this twice now I no longer have the energy to read it again. :)
Email Post 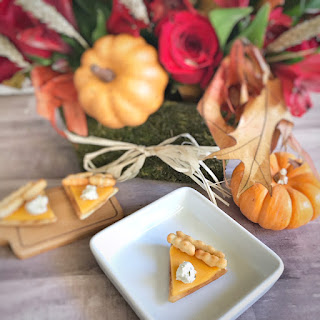